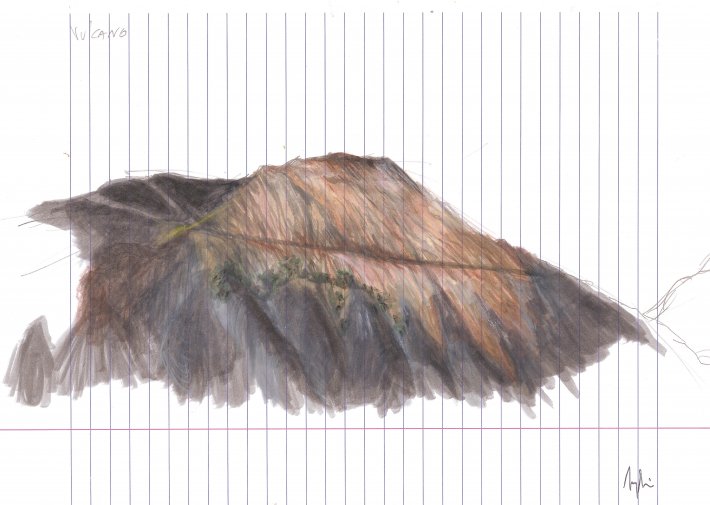 Vulcano is an island located in the middle of the Mediterranean sea, in Sicilia (Italy). He’s part of the Eolian Islands, an volcanic archipelago born from a subduction phenomenon. The subduction. A battle between two plates. By Anne Monnier.

The Earth crust is divided in several tectonic plates. These plates are always moving, joined and being separated in a slow and perpetual movement. When two plates meet and only when one of these plate is an oceanic one, the heaviest slide under the lightest, the continental one. In the depth of the upper mantle, the hydrated minerals contained in the subducted plate are transformed by the heat and the huge pressure and release their water. This water rises in the crust and melt the rocks above. The created magma forms plutonic rocks or Or Métal précieux. Dans le cadre du séjour Le TrésOR des MINES nous chercherons de l’or dans le Val d’Anniviers, à la batée. reach the surface and form volcanic island arcs. Vulcanic eruptions : Vulcano does some peculiar types of eruptions, called vulcanian.It produces large amounts of ashes, the plum can reach a height of 20km and often has the shape of an umbrella pine tree. The thick lava is pulverized by the pressure and does not form flows. This is why the volcanic cones can’t be very high. This lava contains a lot of silicium and, when is thrown into the sky, forms bread crusts-shaped bombs.

Construction of the little Vulcano 4 Little brother : Vulcanello : in 1550 A.D What is it : northernmost part of the island and a lava platform. Reason : accumulation of pyroplastic deposits.

With time, after millions years, the world changes and the volcanoes as well. Maybe soon, Vulcano might get cold because of the possibility of cooling of his magma reservoir. Finally the Aeolien Islands might disappear under the sea by the erosion and new islands might appear.

Written and drawn by Simon MEILHAUD DORNIC and Anne MONNIER, participants of the scientific camp, Volcano Alert, in August 2018.

Point of view from Vulcano summit with Stromboli island in the background. 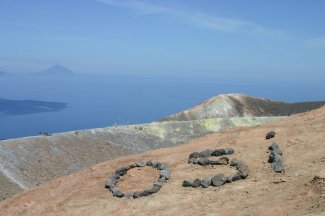